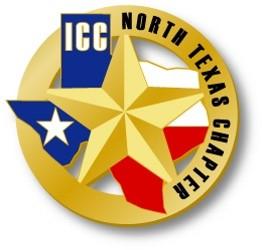 Proceeds from North Texas Chapter events throughout the year fund scholarships for promising young individuals to obtain higher education.  Applications are generally made available in November, and scholarships are awarded at the Annual Banquet in January.

APPLICATIONS ARE DUE NO LATER THAN

Employees of the Month

Carey was nominated by the North Central Texas Permit Tech Chapter.  She currently serves as president of that organization, as well as Permit Tech Nation.  Carey is also a moderator at BPI.  NTCICC and NCTPTC would like to thank her for her leadership in our field.

NTCICC recognizes Van Watson and the city’s commitment and contribution for their support of the International Code Council’s (ICC) Military Families Building Career Path Program and the City of Abilene’s efforts in promoting the Building Safety Industry as a valuable career option for transitioning military veterans.

Mari is the Building Services Coordinator for Waxahachie.  The Director of Building & Community Services nominated her for this award for her "top notch customer service" and project management skills.  Her hard work helped to meet the department's goal of reducing plan review turnaround time.  She is described as "passionate about our customers and building safety."